Kim Kardashian is known for many things, for her reality star status, business mogul, and caring mother. But in this article, we will focus on a very important area of this famous Kardashian, her fashion!

One can add a fashion icon to her name as the Kardashian’s influence on pop culture has been so huge that she has the power to set trends and dictate what is and isn’t in fashion among her millions of fans.

Kim K has always been vocal about her love for fashion. She always attends the highest and most glamorous fashion events from around the world, from the top designer shows in Paris or Fashion Week in Milan. Kim has been in the spotlight for decades, and her style has changed remarkably through the years.

The biggest difference in her fashion choices has been noticed since her divorce from Kanye West, in 2021. For the first time since 2014, Kardashian has been declared legally single. It seems Kardashian has taken what she’s learned from West and evolved her style once more, dropping some of the signature fashion choices that she wore while she was married.

First, let’s have a look back at Kim’s fashion sense before marrying the famous rapper.

Kim Kardashian’s style was very different before saying “I Do” to Kanye. It is well known, and documented on their reality show, “Keeping up with the Kardashians”, that Kanye made huge changes to Kim’s wardrobe when they started dating.

Back in 2018, Kim revealed that Kanye West hated her style when he met her. The star stated “I always thought I had really good style—until I met my husband and he told me that I had the worst style,” she continued adding, “He was really nice about it and cleaned out my whole closet.”

Kim K then revealed that West cleaned out her closet and threw out close to 250 pairs of shoes, leaving her in tears when she realized she only had two pairs left.

In her W interview, Kim confessed that West removed her old clothes when he cleaned out her wardrobe and left behind pieces from his favourite designers. At that point, the fashion icon had never heard of them.

“There were racks of clothes of designers I have never heard of before like Lanvin and Givenchy. I didn’t know that then. I kept everything because it was really sentimental to me,” Kardashian explained. Among Kardashian’s go-to designers during the time she was with West were Balenciaga and Balmain.

Fans had noticed that the reality star who was known for incredibly glam looks, tight dresses, tall heels, big hair, and bling in line with mid-2000s fashion, began to wear more sporty looks and monochrome colours.

In terms of wardrobe staples, Kardashian loved body-con dresses and platform stilettos. It didn’t matter whether she was attending a red-carpet event or running errands around Beverly Hills. She would always be dressed to the nines with bouncy, wavy hair.

Kim and Kanye met in the early 2000s but they did not become good friends until 2008. The two started dating at the end of 2011 after Kardashian split from ex-husband Kris Humphries the same year. In 2013, the couple welcomed their first child, North West, and the two love birds got married in 2014. The couple also had three more children followed: Saint, Chicago, and Psalm.

After six years of marriage, Kardashian filed for divorce from West in February 2021. In March 2022, Kardashian was declared legally single by a court judge.

Since breaking up with Kanye, Kim K’s fashion seems to be taking another fashion turn, by mixing up her style and wearing different brands. While she hasn’t gone back to her old ways, she appears to have returned to her old fashion sense in a 2022 style.

Kim has dropped the bike-short look, that use to sport during her marriage to Kanye and is wearing less of West’s favourite designers.

At Milan Fashion Week, Kardashian was head-to-toe in Prada rather than in West’s signature Balenciaga. However, she did wear a Balenciaga catsuit when she attended the Balenciaga show in Paris in 2022.

She’s also been seen experimenting with colour blocking rather than sticking to a neutral colour palette.

Another observation made by fans and fashion enthusiasts is that Kim has also gone back to wearing her signature, and favourite, skin-tight clothes. There has been an increase in tight dresses—a former staple that seemed to be absent during her days with West.

Along with mini dresses, Kardashian has also been seen rocking corsets and lacy cuts, striking the balance between playful and sophisticated.

It is nice to see Kim embrace this new chapter in her life and wear outfits and designers that she feels fit her style most. We can’t wait to see what else 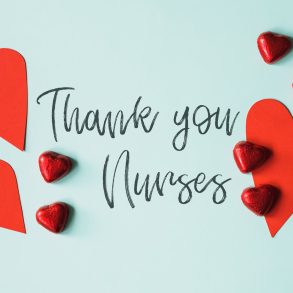 Celebrities who have Received the COVID-19 Vaccine

Next
Stunning Maldives Resorts to Visit